We are excited to announce that Dr. Clair Kueny has been named interim chair of the department and Dr. Susan Murray has been named acting vice provost and dean of Kummer College.

Dr.Jessica Cundiff and her team received a $1 million ADVANCE Adaptation grant from the National Science Foundation over the next three years to make the Missouri S&T campus culture more inclusive, welcoming, and diverse.

Dr. Cundiff received the 2021 Governor's Award for Excellence in Education. The award is presented annually to one faculty member at each institution of higher education in Missouri.

Dr. Cundiff was among the four recipients of Missouri S&T's 2022 Women’s Hall of Fame Awards. Recipients of this prestigious award are recognized because of their success, influence, and ability to inspire and impact students, the Missouri S&T community, and beyond.

Dr. Amy Belfi recently received nearly $500,000 in funding from the National Institute of Health (NIH) for her project titled "Music as an autobiographical memory cue across the lifespan."

Dr. Belfi was also selected as a 2021 APS Rising Star, which recognizes outstanding contributions to the field of psychological science, and received a 2020 FERRC Award, which recognizes faculty achievements that enhance the reputation of the university.

Dr. Daniel Shank, associate professor of psychology, is part of an interdisciplinary S&T-based research team studying how AI can be used to improve the kidney transplant process.

Dr. Amber Henslee won the Service Learning Award, which recognizes faculty and staff who involve or influence undergraduate students in academic service-learning or community service activities outside the classroom.

Dr. Clair Keuny won the CASE Student Impact - Alumni Award, and last year Dr. Amber Henslee won this same award. This award is student & alumni nominated and recognizes faculty members who have had a significant and positive impact on a student’s life in or outside the classroom.

Dr. Nancy Stone won the Faculty Service Award, which recognizes faculty members who display exemplary, sustained service to the university and their profession.

Dr. Cundiff and her colleague Dr. Leah Warner received the 2022 Action Teaching Award from the Society for the Psychological Study of Social Issues for their classroom activity "Workshop for Gender Equity Simulation". The award recognizes innovative and effective examples of action teaching that address pressing social issues. 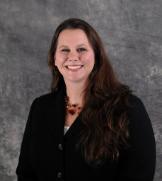 Congratulations to Dr. Amber Henslee, who received S&T's 2020 Woman of the Year Award. Dr. Henslee's primary field of research investigates substance use and mental health in underrepresented and stigmatized groups. In her teaching and outreach, Henslee aims to teach students to critically evaluated myths, stereotypes, and prejudice against underrepresented and stigmatized groups, specifically among those with mental health and substance use issues .” (read full story) 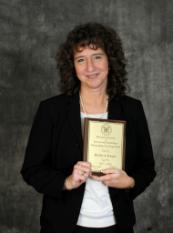 Congratulations to Dr. Merilee Krueger who received the Dr. Elizabeth Cummins Women’s Advocate Award for 2020. Dr. Krueger has been with S&T since 1990 and has received dozens of awards for teaching, faculty achievement, advising, and leadership. Dr. Krueger has a passion for inclusive teaching and is tirelessly dedicated to student success. (read full story) 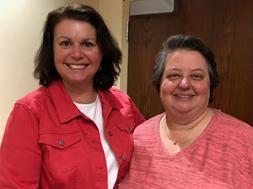